In Case You Haven't Heard 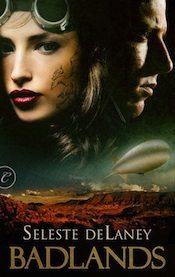 So, a couple years ago, I sold my first story. It wasn't the first to release, but Badlands was the first piece I sold. I blogged a long time ago about the twisty road that story took before coming into being and finding a home at Carina Press.

Honestly, as much as I loved it, I had no idea how well it would do. After all, Ever isn't your stereotypical romance heroine. But, it ended up that even if people didn't love Ever, they were intrigued by the Badlands and by the strength of the female characters in the story. I will admit, Ever is the one who speaks to me loudest. (More like holds a knife to my throat while she whispers in my ear, but really with that going on, I don't hear anyone else.) When it came time to look at a sequel though, I knew I couldn't just keep following her and Spencer around.

As much as I hated it, I knew whose story needed to come next. When I say "hated it," I don't mean because I hate the character (for the record, I don't). It's more that while Ever's method of passing on her story is a little scary, this next leading lady is more... cagey. She doesn't want to share. In fact, as much as she didn't want to share in Badlands, the events of that story made her guard herself even more closely. She's angry at the world in a way that echoes Ever but is so very different that it made tapping into her rather difficult for me.

But, Henrietta Mason needed her own story. Truly, moving forward with the series, she was the only option since so many of the events in Badlands had the marks of her fingernails embedded deep. To skip her and move onto someone else would have been... cowardly on my part. If there is one thing I learned writing these stories, it's that there's no room for cowards in the Badlands.

So I wrote Henri's story, agonized over it in fact (some of you may recall me cursing her quite a lot near the end of last summer over Twitter). Even when I was finished though, it wasn't done. To make a long story short, the road to selling her story wasn't as quick or straight-forward as selling Ever's. There was more bumps and bruises and cursing involved. 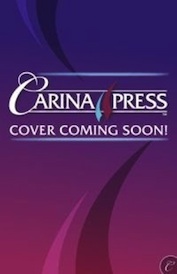 I am very pleased to announce that in the end, Henri found a home alongside Ever. As so many people requested, this second book is quite a bit longer (over 50% longer if memory serves). It links together the events in Badlands with the over-arching big-bad that will permeate through the rest of the series.

As of right now, the tentative release date for Clockwork Mafia (title subject to change until I find out otherwise) is March 2013. I apologize for the delay between releases (I'll try not to let it happen again.), and I plan to start work on book 3 as soon as I know for certain that nothing huge will change during content edits of this one.


Thank you for your patience while waiting for this book, and I hope you'll stick around. I think it's going to be a fun ride.
Posted by Seleste deLaney/Julie Particka at 12:03 AM