So, Angela James's post over at the Carina Press blog got me to thinking about music, and for whatever reason, the Patty Smyth song, "Sometimes Love Just Ain't Enough," came to mind. Now, I'm not going to break down the song and the tragically beautiful story it tells. Because, really, where's the fun in that? 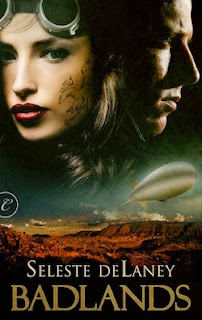 Instead, thinking of the song started me thinking about beautiful people. Now, I don't mean lovely people--the ones who are attractive and funny with great personalities who donate time and money to charities. I'm talking the beautiful people. They are, naturally, attractive and might even be funny, but that's where the disconnect starts to happen. When I talk about "the beautiful people," I'm either talking famous, attractive people who I don't know but only look at from afar, or I'm talking about people who think they are on a level playing field with those Hollywood hotties.
Sometimes they are models (that's the most obvious example), but you see beautiful people on reality TV all the time, and you even see them at church and the local grocery store (yes, even beautiful people need to shop.) They're the ones who expect everything to fall in line for them just because of their looks (see also "rich people").

Now, when I write the heroes in my books, I definitely want them to be attractive people. But I don't want them to be the kind of person who not only knows they are beautiful, but thinks everyone else should treat them differently because of it. That's a character trait I reserve for antagonists. So beyond my heroes being hot, they have to be more. They have to have families and history and things they care about in the world beyond their own interests (even if they don't know it yet).

Take Spencer from Badlands as an example. He's a beautiful man, but that's not something he notices about himself, much less ever thinks about. He's the guy who contracted to work for an asshole just so in the end he'd be able to build a better life for himself and his family. And then that job took his sister's life. So he's haunted by his past and on the cusp of getting out from under his employer's thumb... but he still risks everything to help a crazy woman from another country--who wants nothing to do with him.

That's the kind of hero I like, and it's the kind I strive to write--those who are more than just a pretty package. In short, I want them to be lovely people, because sometimes hot just ain't enough.

And just for those of you who would like to enjoy the song that prompted this post...